Amy Schumer, Her Dad and the Power of Laughter 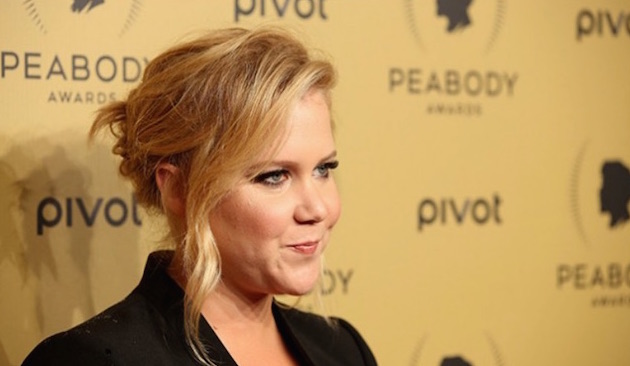 I came late to the runaway train known as Amy Schumer.  I mean, I knew she was famous—or “newly famous” as she hilariously puts it, having done stand-up for years before reaching her current level of acclaim—but having cut my TV cable cord a while ago, I had never seen Comedy Central’s “Inside Amy Schumer.”  Then a friend in LA told me he’d seen the movie Trainwreck, which Schumer wrote and stars in, and that it was a laugh-out-loud experience.

Feeling left out, I went and saw Trainwreck and was an instant Amy fan.  Soon afterward I saw her perform at the “Funny or Die: Oddball Comedy Tour” stop in West Palm Beach, Florida, where Schumer tested out material for her upcoming stint as host of “Saturday Night Live.”  Her timing was masterful, her take-no-prisoner’s style irresistible.

So where does Amy Schumer’s comedy come from?  In an interview with Mo Rocca she said, “I love to laugh.  I seek laughter all the time.  I think that’s something that also comes with having a sick parent, is you don’t know what’s going to happen and so I’ll be like, ‘I’m psyched my legs still work, and I want to, like, experience all I can and make as many memories as I can.’”

Humor became Schumer’s coping mechanism when her father was diagnosed with Multiple Sclerosis (she was 12 years old).  The diagnosis radically altered her perspective on life, too.  “It affects your relationships for sure,” she told Rocca.  “Everybody I meet and I’m like, ‘Yeah, he’s cool, but would, like, would I push him in a wheelchair?  You know, would I want him to push me?’  So, yeah, I go there pretty quick.  Other people are like, ‘Should we go to Hawaii on vacation?’  I’m like, ‘Do I want you to change my colostomy bag?’  It just changes your perspective.”

She sounds like every caregiver I’ve ever met, who sees the world differently after caring for a loved one.  And watching how Schumer interacts with her father reminds me of how I often interact with my mother, who has dementia: in a teasing but loving way, using humor to cut through sadness and have fun with the mom who’s still very much alive.

For Schumer’s interview with Mo Rocca, click on this video:

Humor is good for the soul.  So for the stressed-out caregiver, here are a few tips: