Celebrating Lily Tomlin on the Verge of 76 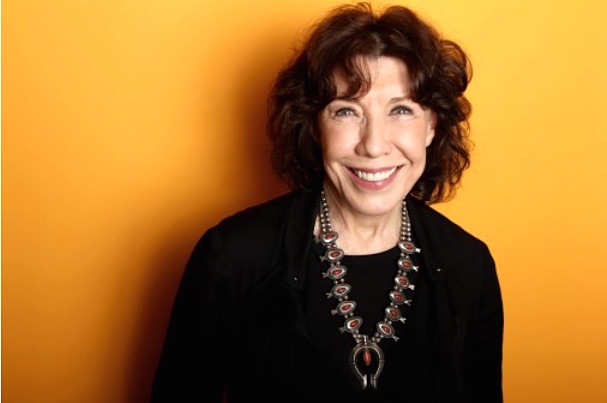 Lily Tomlin has gone from her unforgettable ‘60s-era Laugh-In characters Edith Ann and Ernestine to playing the mother of deaf children in Robert Altman’s Nashville (1975), which launched her forty-year-plus movie career, and winning a Tony Award (1986) for her one-woman show The Search for Signs of Intelligent Life in the Universe.

Fast forward to 2015 and Tomlin’s character Frankie Bergstein in the star-studded Netflix series Grace and Frankie, and the release of her latest film, Grandma, and it’s clear the performer isn’t slowing down.

On the eve of her 76th birthday (Sept. 1), here’s an inspiring interview with Lily Tomlin:

And here are three engrossing articles that capture her singular talent:

Chris Hewitt – NextAvenue
Lily Tomlin on ‘Grandma’ and Reinventing Yourself
“People can start over at any point in their life,” says Tomlin. “It might be better when you’re older. You know more.”

Steve Pond – The Wrap
‘Grandma’ Star Lily Tomlin on Feminism, Gay Rights, Stardom at 75 … and Donald Trump
“At the age of 75, Lily Tomlin is enjoying the kind of career resurgence that you could describe as surprising – except that Tomlin spent five decades as a distinctive, often groundbreaking comic voice who never seemed dependent on waves of popularity.”

Stephanie Zacharek – LA Weekly
Lily Tomlin’s Grandma Is Less About Aging Than (Finally) Getting to Know Yourself
“After days, months and years of gradual transformation, you wake up one day to find that you’re 1,000 percent you. Your good qualities have entwined so fixedly with the bad that it’s hard to distinguish which are which. By the time you feel wholly comfortable in your own skin, everyone around you may find you unbearable. Lily Tomlin’s performance in writer-director Paul Weitz’s Grandma doesn’t just hint at that idea — it lives in it.”