Pediatric and trauma nurse Tami Reeves talks about her memoir, “Bleeding Hearts: A True Story of Alzheimer’s, Family, And The Other Woman,” the candid story of a husband (Eric) torn between love for his ailing wife (Gaye) and the need to move on.  Tami began dating Eric while his wife was still alive but rapidly declining from early onset Alzheimer’s disease. Alternately judged as the “other woman” and embraced for lifting Eric’s spirits and facing the challenges of grief, Tami regularly visited Gaye at her nursing home even as her love for Eric deepened.  A Child Of Deaf Adults (CODA), Tami also talks about her early lessons in caregiving and how caring for others led her to play a significant role in caring for Eric’s wife. 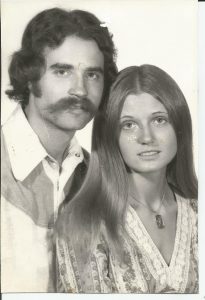 A young Eric with Gaye, who was diagnosed with early onset Alzheimer’s at age 49. 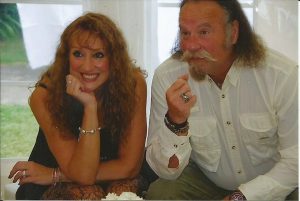 Tami and Eric, now married. They were both at Gaye’s bedside when she died.