News icon Walter Cronkite and the legendary photographer Gordon Parks are just two of over thirty famous and lesser known people interviewed by Elizabeth Meade Howard for her book, “Aging Famously: Follow Those You Admire To Living Long and Well.”  A journalist and former lecturer at the University of Virginia (UVA), Elizabeth shares her experience of meeting her inspiring interview subjects—dignified, adventurous people who didn’t think of themselves as risk-takers but made a difference in the world.  Though some of them are no longer living, Elizabeth explains why their lives still matter and what we can learn from them about living well in our older years.  She tells us about the people in her own family who thrived in older age, including her beloved father, who continued to write books and teach at UVA for many years after Elizabeth’s mother died.  Elizabeth also explains why she and her husband are staying put in their house of forty-seven years, how she feels internally versus what people see when they look at her and why it’s ridiculous to think older adults need to be put out to pasture. 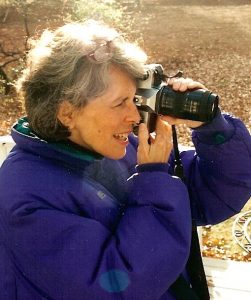 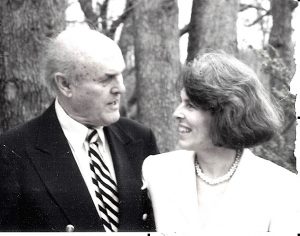 Elizabeth and her dad in 1997. After his wife died, the former ad man wrote books and taught for years at the University of Virginia. 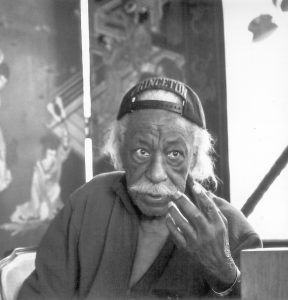 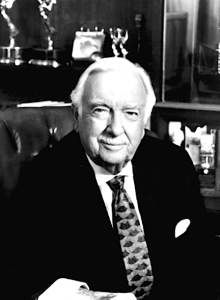 Because he was nearly deaf when she interviewed him, Elizabeth had to shout in speaking with former CBS newsman Walter Cronkite. In 1963 he told America JFK had been assassinated.