Los Angeles-based writer Lauren DePino has always had a soft spot for older adults.  The death of her beloved grandmother hit her especially hard, but Lauren didn’t realize how hard until years later when she met 91-year-old Gloria Kessler, the grandmother of her ex-boyfriend’s wife.  In today’s show, Lauren tells us about the weekend getaway to San Diego that began her unexpected friendship with Gloria and why meeting her felt like finding her grandmother all over again.  She shares her story of escorting Gloria on a flight east at Thanksgiving, she tells us how people react to seeing them together and how Gloria wound up taking care of Lauren when Lauren was supposed to be caring for Gloria.  Lauren wrote about her experience in an article for The Washington Post titled, “I Became Friends With My Ex‘s Grandmother-In-Law” (link below). 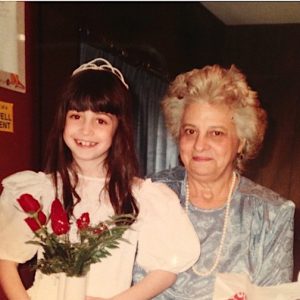 Childhood in Philadelphia; Lauren with her biological grandmother. 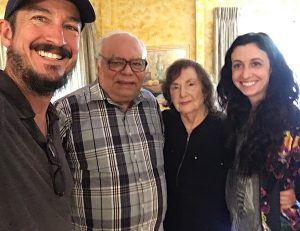 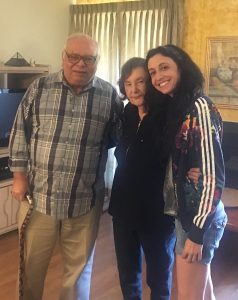