In an era when women were often defined by the work of their husbands, art psychotherapist Dr. Myra Levick earned three degrees, she helped found the American Art Therapy Association and she developed the widely-used Levick Emotional and Cognitive Art Therapy Assessment (LECATA).  Now 93 years old, Myra recently co-authored the book “Dear Myra, Dear Max: A Conversation About Aging” with her longtime friend and colleague, 80-year-old Dr. Maxine Junge.  In today’s show Myra talks about the book and about finding her way in a male-dominated professional world long before the birth of “Ms. Magazine.”  She tells us why she declined the offer to live with her adult children after her husband’s death and about her life in an independent living community where she paints, edits a resident journal and has a group of friends who have become her surrogate family.  Myra weighs in on how her generation is experiencing the aging process, she debunks some myths about post-75-year-olds and she tells us about her daughters, who are accomplished in their own rights and actively engaged in Myra’s life.

Website for the book: Dear Myra, Dear Max: A Conversation About Aging 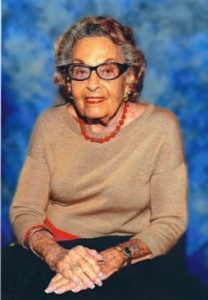 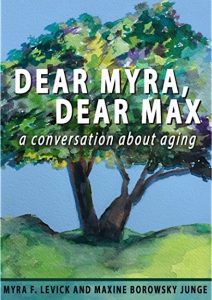 Also mentioned in the show: