Episode 84: The President Will See You Now

As a little girl Peggy Grande was obsessed with presidents, but she never imagined she would end up working for one.  In today’s show Peggy talks about her ten-year tenure in the Office of Ronald Reagan after he left the White House, when she was the president’s personal assistant, and about her new memoir, “The President Will See You Now: My Stories and Lessons From Ronald Reagan’s Final Years.”  She tells us how working for an iconic senior citizen shaped her views about getting older, and she speaks candidly about juggling motherhood with staying three steps ahead of the president while also caring for her own father, who had colon cancer.  Peggy also talks about Reagan’s Alzheimer’s disease: the early signs, how she and the staff reacted to his diagnosis, why the Reagans went public with it and how Mrs. Reagan adjusted to her role as the president’s caregiver in the pre-Internet era, when Alzheimer’s was barely discussed.

Peggy’s book: The President Will See You Now 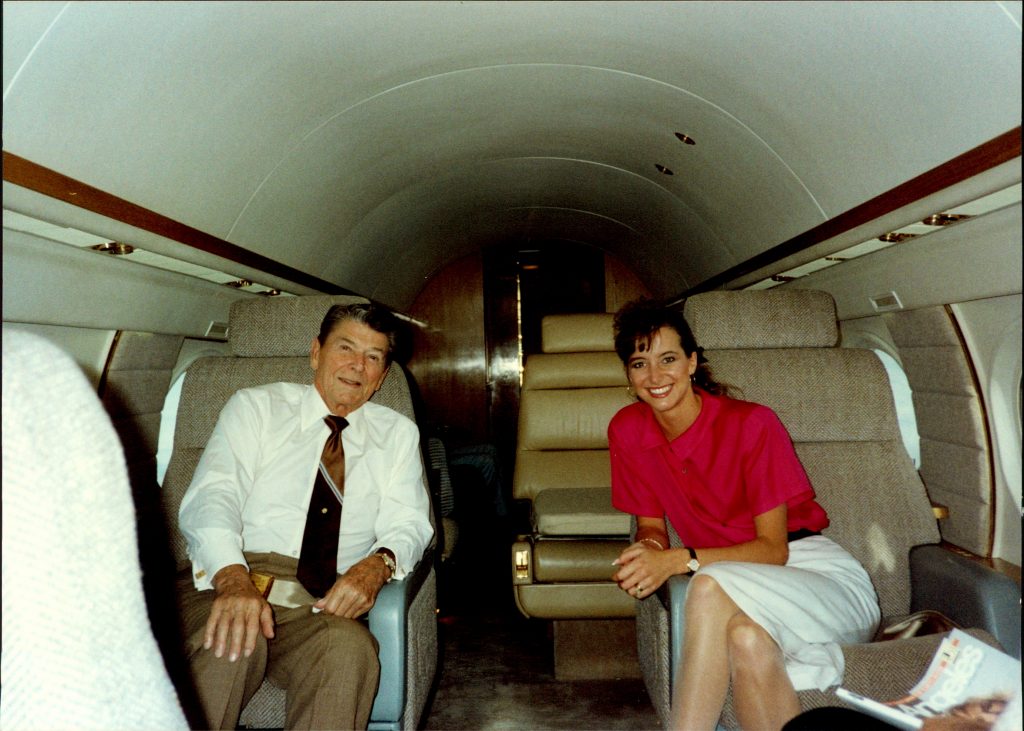 Music: “Fanfare for the Common Man” by Aaron Copeland | US Marine Band