Episode 90: In This Together

Howard Grossman is an internist at the Cleveland Clinic Florida and widely known as a specialist in HIV medicine and LGBT health.  His residency at Kings County Hospital in Brooklyn during the early days of the AIDS epidemic—when the Hospital was treating 5% of all reported AIDS cases in the world—had a profound impact on the young physician.  In today’s show, Howard talks about his appearance before the Supreme Court in the landmark Vacco v. Quill case involving terminally ill patients and end-of-life choice.  He also talks about LGBT aging, healthcare in Florida versus New York, how he handles giving patients bad news and why it’s important for patients to play an active role in their own healthcare.  Later in the show, Howard shares his experience of attending a fundraiser at Mar-a-Lago and he offers his perspective on what he calls “the gated-community” mindset of the Trump administration. 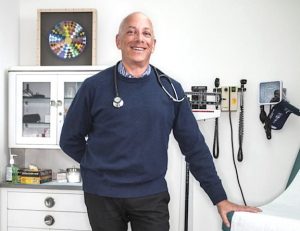