When her mother was diagnosed with Huntington’s Disease, 29-year-old writer Melissa Bilchik had to decide whether she too should be tested: there was a 50/50 chance Melissa was carrying the gene for this progressive brain disease.  In today’s show, Melissa talks about the events leading up to her mother’s diagnosis of HD—which she says is like having Alzheimer’s and Parkinson’s simultaneously—caring for her mom, her views on getting tested and her approach to having kids. She also talks about how millennial caregivers differ from baby boomer caregivers, her experience of support groups and why she’s not a Pinterest mom.  Note: today’s episode was originally broadcast April 27, 2017.  We have an update on Melissa and her family at the end of the show. 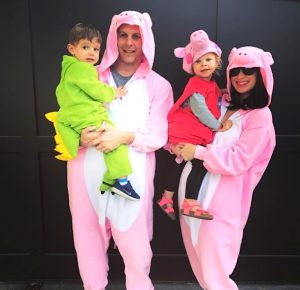 Melissa and her family