Award-winning author and illustrator Marissa Moss is best known for her popular “Amelia’s Notebooks” series.  She took a radical departure from that series with her novel, “Last Things: A Graphic Memoir About ALS,” a deeply personal story of how Marissa coped with the devastating effects of her husband Harvey’s illness.  A renowned art historian and UC Berkeley professor, Harvey Stahl died less than seven months after being diagnosed with Bulbar ALS.  On the show Marissa describes the novel’s evolution and tells us why she was determined to show the full effects of Harvey’s illness, from being stared at in public because of how he looked and the reaction of her sons (14, 10 and 6 when Harvey died) to her frustration with medical professionals and even her beloved husband.  She reads a passage from “Last Things,” and explains how magic paperclip bracelets helped her youngest son, Asa, get rid of his nightmares.  Marissa’s novel sits squarely in the Graphic Medicine movement, which explores the medium of comics and the discourse of healthcare.  Learn more about Graphic Medicine by exploring this year’s conference in Vermont.  Note: this episode originally aired September 14, 2017. 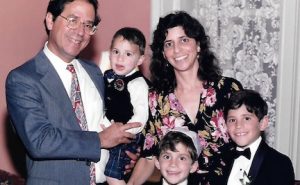 Harvey, Melissa and the boys. 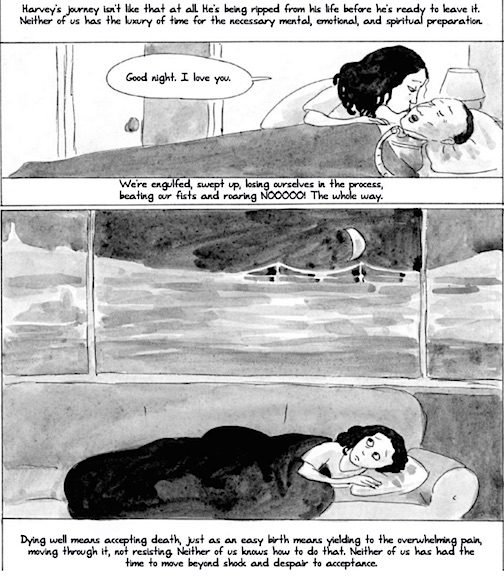 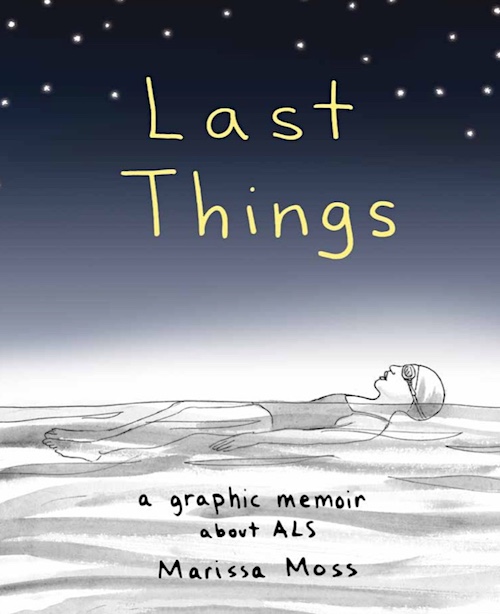