What You Make Of It

President Trump’s nominee to lead the Veterans Affairs Department, Dr. Ronny Jackson, just withdrew his name from consideration.  But as the VA remains leaderless, the needs of military veterans and their families continue to mount.  In today’s show we revisit an interview with Rosalinda Babin, the mother of one of those military veterans.  Rosie’s son, Alan “Doc” Babin, sustained a near-fatal gunshot wound serving on the front lines as a paratrooper medic in the Army’s elite 82nd Airborne Division. Rosie shares the powerful story of how Doc clawed his way back to life after his catastrophic injury, how her family’s life changed and how advocating for Doc affected her own health.  She also tells us about Help Our Wounded (HOW), the non-profit she founded, which grew out of her experience with Doc during his seven-month stay at Walter Reed Army Medical Center, where Rosie saw firsthand the many roadblocks military members faced in trying to get veterans benefits, and about how—fourteen years after his injury—her son Doc has defied medical expectations. After eight years of service, HOW recently and reluctantly closed its doors; if you need help now, Rosie urges you to visit the National Resource Directory nrd.gov. Note: this episode originally aired August 17, 2017. 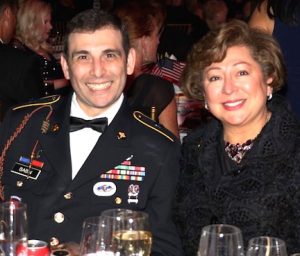