When Judith Henry’s parents became ill in 2007, not even her reputation as a pragmatist, a planner and responsible eldest sibling could prepare her for what lay ahead.  But Judith had one advantage: around age ten she had played a caregiving role for her mother, who was in and out of hospitals.  Judith’s caregiver-in-training childhood and transition to aiding her elderly parents in the last phase of their lives is at the heart and soul of her book, “The Dutiful Daughter’s Guide to Caregiving: A Practical Memoir.”  Jana talks with Judith about her no-nonsense, witty and practical “Dutiful Daughter’s Guide to Caregiving” and how being plunged into 24/7 care made her realize that when you’re caring for a parent, it’s not just the time you’re actually caring for them – it’s your past and your present and your future, all brought to the table.  From an astrologist’s prediction that came true and giving her dad a time out during Hanukkah dinner to helping her mother plan her own funeral, Judith mixes it up in this lively conversation.  Note: this episode originally aired April 8, 2016. 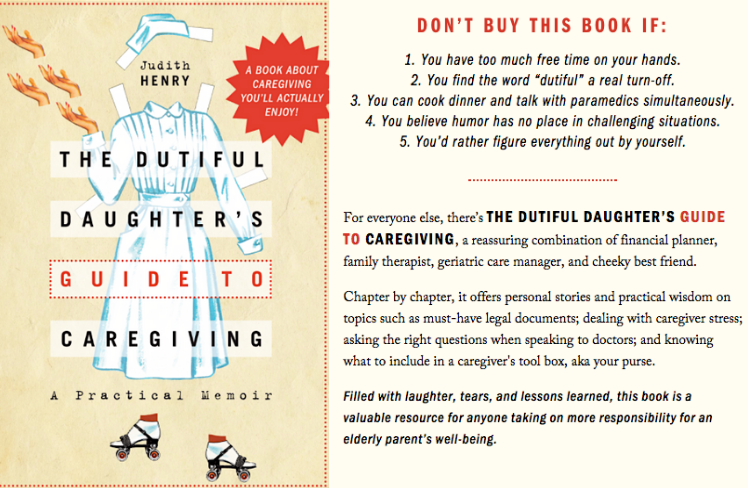