Episode 119: The Weight Of Honor

During the making of her documentary film, “The Weight of Honor,” which profiles the caregivers of military veterans, Director/Producer Stephanie Seldin Howard told the production team to put their politics aside: the film was about the caregivers—not the wars in Iraq or Afghanistan or the shortcomings of the Veterans Administration.  In today’s show Stephanie tell us why she took this approach, she shares some of the needs expressed by the military caregivers interviewed and tells us what motivated members of this otherwise closed community to participate in the film.  She talks about some of the experts in the film, including Nathan Graeser, administrator of the USC Military Veterans and Research program, and Carissa Tourtelot, who coordinates the USMC Wounded Warrior Battalion.  Stephanie also tells us how making “The Weight of Honor” changed her and what she wants viewers to take away from the film, and she shares the inspirational story of how a catastrophically wounded soldier and his wife, who was pregnant when her husband was wounded, found their way back to a life of purpose.

Learn more about the film: The Weight Of Honor 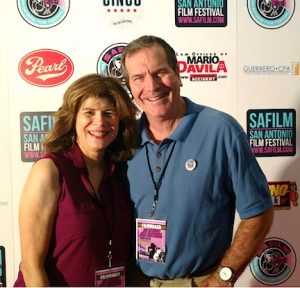